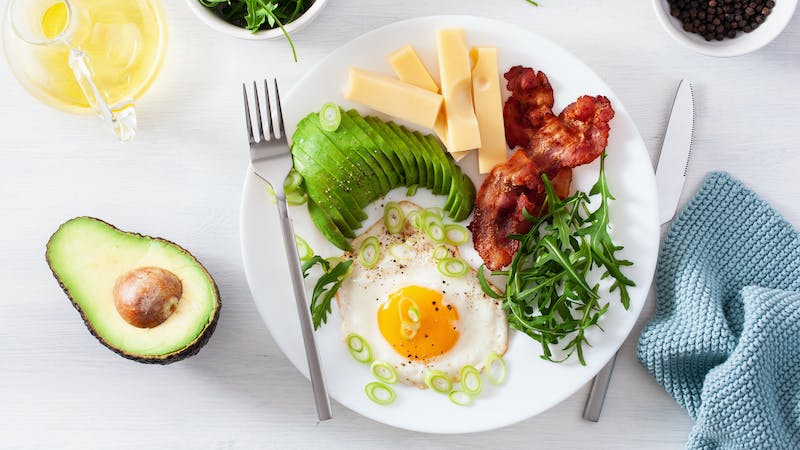 How do you know when a paradigm has shifted?

You don’t, really. Revolutionary changes in science and culture usually don’t happen in one fell swoop. Changes are incremental and uneven, and progress comes in fits and starts.

Germ theory, which holds that diseases are caused by microorganisms invading the body, began to take form long before scientist Louis Pasteur’s experiments convinced many of his peers in the late 1850s to take it seriously.

But even Pasteur’s experiments were not as definitive as we now think of them. At the time, he was applauded for disproving the theory of evolution, along with that of “spontaneous generation,” a body of thought formed upon the basis that living things could emerge from objects such decaying food.

Even after the turn of the century, germ theory continued to be a contested notion in some places, and “germ theory denialism” exists even today.

Low-carb diets as interventions for obesity, diabetes, and epilepsy have a substantial history in both popular circles and medical science. It wasn’t until low-fat diets began to gain popularity that carbohydrate reduction became widely understood as a “dangerous” or “fad” diet.

But the tides are slowly turning.

The first — and enormously important — change occurred last year when the American Diabetes Association (ADA) included low-carbohydrate diets in their nutrition therapy options that should be offered to individuals with type 2 diabetes.

As we found out earlier this year, the CEO of the ADA, Tracey Brown, manages her own type 2 diabetes with a low-carb diet.

The DGAC stated that diets that do not fit the Acceptable Macronutrient Distribution Range – which would include diets lower in carbohydrate and higher in fat – do not increase the risk of heart disease. 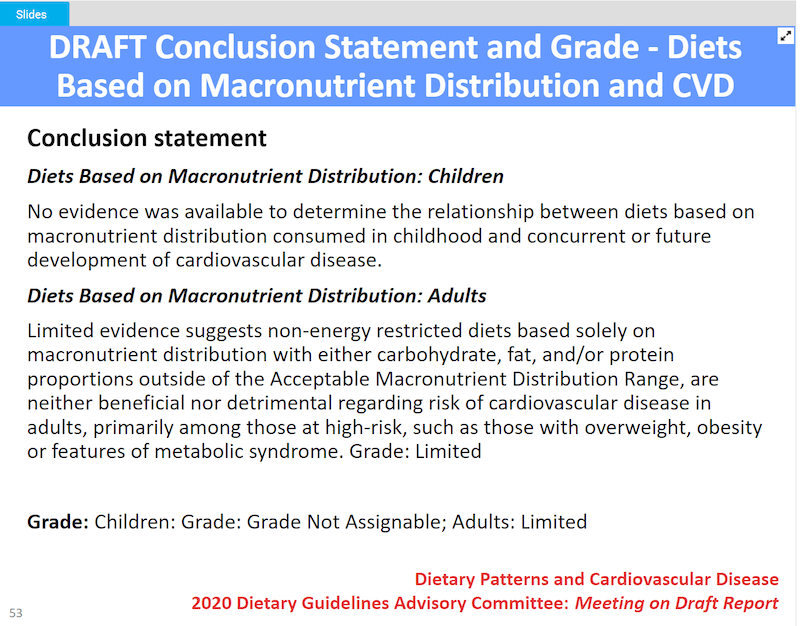 The DGAC also stated that there is not enough evidence to indicate that low-carbohydrate diets increase the risk of developing type 2 diabetes, becoming overweight, or obesity.

This means clinicians who use low-carb diets can reassure their patients that, according to the DGAC, there is no evidence that these diets result in an increased risk of heart disease, type 2 diabetes, or obesity.

This news comes at a time when more clinicians are using low-carb and ketogenic diets with their patients. A striking example of this comes from the Association of Diabetes Care and Educations Specialists (ADCES).

ADCES is a leading organization in the world of diabetes care. They are known for specializing in patient-focused education and support. However, they’ve been slow to take up therapeutic carbohydrate reduction as a way of helping individuals manage – and even reverse – type 2 diabetes.

That seems to be changing, according to the May issue of their peer-reviewed journal, ADCES in Practice, which carried two articles supporting the use of carbohydrate reduction in individuals with diabetes. 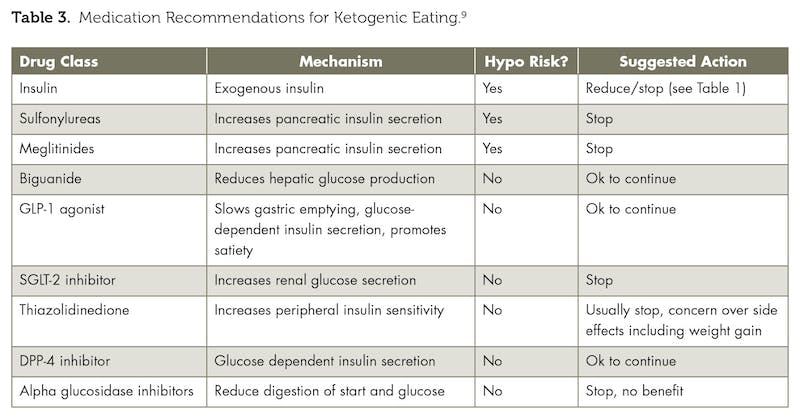 Another article, written by Danielle Chi, MSN, RN, argues that research demonstrates that carbohydrate reduction can be a powerful intervention for helping people with diabetes achieve their health goals. Her own experience as a nurse practitioner living with type 1 diabetes backs this up.

Unfortunately, she has also found that when her patients are hospitalized for other conditions, they are often told that their normal HbA1c levels are “too low” and are encouraged to go back to eating at least 60 grams of carbs per meal.

The negative reversals in health that result when patients follow this advice are frustrating for both the patient and for Chi. Her response is captured neatly in the title of her article, “Please Stop Telling My Patients to Eat More Carbohydrates.”

Saturated fat not a ‘danger’

Finally, we are also seeing changes in one of the major barriers to acceptance of low carb. Many clinicians believe that low-carb diets are dangerous because they typically do not restrict saturated fat and this is thought to lead to an increased risk of heart disease.

However, the Journal of the American College of Cardiology, which is highly influential with physicians who treat heart disease, recently published a review article that calls for the “dangers” of saturated fat to be reevaluated.

For an article arguing against saturated fat restriction to pass the peer-review process at this journal is, as Dr. Bret Scher explains, is big news.

Could it be that the promotion of low fat and criticisms of low carb were a big fat mistake?

History begins to reverse itself

In 1957, Newsweek published an article, titled “Fats — Not Proved Guilty,” on “a new fad – the anti-cholesterol or low-fat diet.”

The article indicates that “scientists have not yet reached any considerable measure of agreement as to whether such a diet does anything but harm.” And although that scientific consensus was never reached, low-fat principles were written into national nutrition guidance 20 years later.

Lower-fat, higher-carbohydrate diets became the standard definition for a “healthy diet” throughout the world from the 1970s until now. But it’s important to remember this, too: Dr. Robert Atkins’ low-carb diet book, first published in 1972, “spent five years on The New York Times bestseller list and earned a place among the top fifty books in history.”

Despite going against official public policy, low-carb diets remained a popular choice for millions of people. Eventually, medical science began to catch up.

In 2002, Time magazine named Atkins one of their “People Who Mattered,” with this comment:

For 30 years, Atkins preached the virtues of a low-carbohydrate diet; for 30 years steak-loving Americans wanted to believe him; and for 30 years their doctors told them not to. But in 2002, several studies appeared to support Atkins’ unconventional approach, and the medical establishment is finally starting to come around.”

There is much left to be done, and 18 years later, the medical establishment is still “coming around.” But recent changes indicate that the landscape is profoundly changing for low carb.
In keeping with this shift, groups in the US are trying to get official nutrition policy changed.

The Low-Carb Action Network (L-CAN) is working to get an appropriately defined low-carb option into the Dietary Guidelines for Americans. The L-CAN site has suggestions on how you can assist in its efforts.

The Nutrition Coalition (TNC) is focused on ensuring that national nutrition policy is based on the strongest possible evidence. They are specifically working on trying to lift the current limits on saturated fats. The TNC website offers more information on how you can help with its efforts.

Here, at Diet Doctor, we’re doing our part by providing a fully certified continuing medical education course so that clinicians – doctors, nurses, and dietitians – can learn how to safely and effectively administer low-carb diets to patients for whom it is appropriate.

Consider becoming a member to support our work to shift this paradigm even more. Sign up now for a free 30-day trial to get involved in the Diet Doctor community.

The post A changing landscape for low-carb diets appeared first on Diet Doctor.